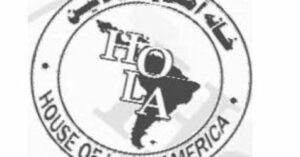 In its latest move to kneel down the peoples of Venezuela and Iran by genocidal sanctions, the Unites States government has threatened to seize the cargo of four oil tankers carrying gasoline and fuel products from Iran to Venezuela.

Such threats are made at a time that both Iran and Venezuela, like other nations but even more urgently,because of the already existing US sanctions, are in need of broadest international solidarity and cooperation to face the economic hardships exacerbated by the spread of Covid-19 Virus.

Venezuela needs fuel due to its shortage, that again caused by previous US sanctions, and Iran too needs to sell its oil freely in the international market, to secure its main source of income.

US threats to penalize shipping and insurance companies as well as individuals involved in lawful trades between Iran & Venezuela and its move to engage in acts of piracy against such trades is escalation of sever sanctions with the pronounced aim of “regime change” in Venezuela and Iran.  These aggressions which are completely illegitimate and clearly in contravention of international laws, including the United Nations Charter are imposed on two sovereign nations who have dared not to obey the dictates of the arrogant American Empire.

In view of the above-mentioned disturbing facts, it is high time now that all freedom-lovers of the world, justice-seeking and defenders of peace and human rights, parliaments members and government officials and diplomats representing sovereign nations, activists of unions and other grass root organizations and short, all of us raise our voice and loudly demand:

❖ Stop Threats Against Lawful Trades Among Sovereign Nations, Namely Iran & Venezuela!
❖ Lift all Sanctions on Venezuela & Iran and other unjustly sanctioned countries such as Cuba, Syria, Palestine and North Korea.