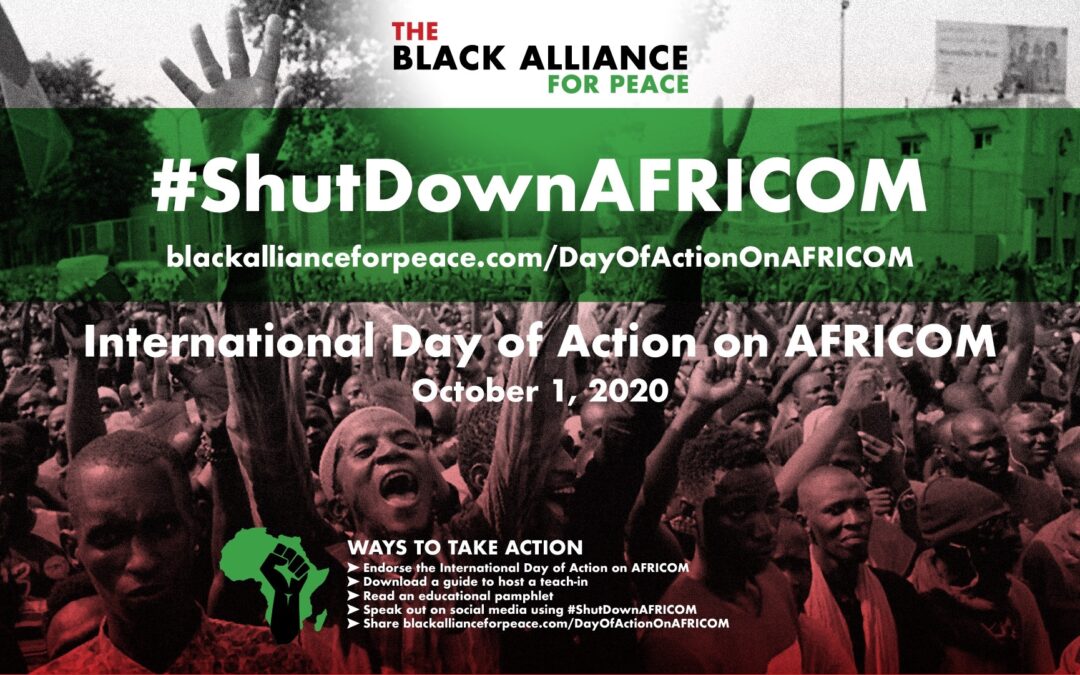 <1/3 of all sanctioned countries are in Africa.>

Why We Focus on Africa

By the Black Alliance for Peace

With reports each week of yet another Black victim of police violence, there is for many an ever-growing desperation. As activists search for a way forward, Africa’s plight does not find its way on to the movement agenda. But there is good reason to be concerned about what goes on in Africa. The problems there and the problems here are related.

Africa has long been the focus of foreign exploitation of the continent’s land, resources, and people. As everyone knows, Africans find themselves in the Western Hemisphere because of slavery and its exploitation of the labor of those who were enslaved. But the interest in Africa of those foreign to that continent was not limited to human trafficking. There was an even greater interest in Africa’s gold, diamonds, cobalt, oil, and other natural resources too numerous to list.

Because Africa was colonized by western capitalist interests and robbed of its wealth, Africans resisted and drove the colonizers from the continent, or so they thought. In the years since independence came to Africa, it has become painfully clear that European colonizers have managed to retain their grip on the continent by various means, including the manipulation of corrupt African public officials.

The United States always had its hand in the exploitation of Africa, but it has never been widely regarded as a colonizer. The U.S. likes it that way because it is helpful to its global image as a benevolent justice-loving democratic nation. However, under cover of darkness the U.S. has played a leading role in maintaining an iron western grip on Africa.

Observers note that in 2019, U.S. Special Operations Forces were deployed in 22 African countries, and in recent years these troops engaged in active combat in at least 13. In addition to direct combat, U.S. military forces conduct joint training operations with the military forces of most of the countries on the African continent. These operations are carefully designed to serve U.S. interests. If the interests of the host African countries are also served, it is coincidental. All of this military activity is sponsored and coordinated by U.S. Africa Command (AFRICOM).

The public statements made by AFRICOM about its work are crafted to portray the command as an armed Peace Corps that digs wells, delivers medicine, and builds hospitals while simultaneously protecting African villages from international terrorists. The reality is that the mission is to advance and protect the operations of western corporations. When it comes to that job the U.S. is eclipsed only by the French.

France has maintained an active and aggressive military presence in Africa for years, and the U.S. has been an enthusiastic supporter. AFRICOM makes no secret of this fact. Its commander said, “France is the United States’ oldest ally, and a leader in the counterterrorism fight in Africa. We share common threats, mutual concerns, and a commitment to fighting violent extremist organizations.” That comment translated means the U.S. teams with France to protect western corporate interests and brands anyone who gets in their way a terrorist. This can sometimes have fatal consequences.

In 2017, four U.S. soldiers were killed in Niger. The reason for their presence in that country was not clearly explained by the Pentagon, but it is likely that their mission was related to the fact that for decades the French company Areva has mined uranium in Niger for French consumption and established extensive operations in the Nigerien town of Arlit. In 2013, France began to fear attacks on these facilities, and they deployed troops to protect them. The U.S. had troops in the region too, probably to assist the French. Four soldiers paid the price with their lives.

Libya, too, was the site of French and U.S. military meddling that ultimately plunged the country into total violent chaos. The objective was to frustrate the late Libyan leader Muammar Gadhafi’s efforts to establish a Pan-African currency (that would devalue the French franc); and, to gain control of Libya’s oil fields.

Western domination of Africa’s wealth by military force hurts Africa, but it also hurts African people in the U.S. Although many harbor stale beliefs that the people of Africa care nothing about their stolen African family members in the United States, the contrary was proven dramatically by Africa’s outpouring of support and solidarity in the aftermath of the George Floyd murder. Imagine the changes that would have occurred if those demonstrations of support had been accompanied by financial support to the movement, diplomatic arm-twisting and economic pressure. Africa cannot demonstrate that type of independence and power because the entire continent has a giant U.S. military boot on its neck. It falls to those of us who are up-close and personal to AFRICOM to untie the laces of that boot and cause the U.S. military operations in Africa to trip and crash.

This is what we intend with the International Day of Action on AFRICOM and our ongoing campaign to shut down AFRICOM.

The International Day of Action on AFRICOM (October 1, 2020) aims to raise the public’s awareness about the U.S. military’s existence in Africa, and how the presence of U.S. forces exacerbates violence and instability throughout the continent. The Black Alliance for Peace calls on our friends to endorse this day as an individual or organization and to organize an educational event, for which we have provided materials on our webpage: https:/.blackallianceforpeace.com/DayOfActionOnAFRICOM