US Sanctions: War by Other Means

The following is a summary of a 36 page report researched and written by members of the Sanctions Kill coalition. The report is available at the QR code at the bottom.

In recent decades, the US has increasingly used sanctions as an instrument of foreign policy. Dozens of countries have been targeted with sanctions, known at the United Nations as “unilateral coercive measures”. In the wake of the 2022 conflict in Ukraine, the US and allies have escalated their efforts to isolate if not destroy the Russian economy. Although the West pretends to have widespread international support, 84% of world nations have NOT joined the sanctions campaign against Russia.1 The campaign has boomeranged and is now causing much economic damage in the West.

This report’s findings and conclusions are the result of on the ground investigation in Syria plus questionnaires with citizens of some of the most severely sanctioned countries such as Cuba, Iran, Nicaragua, Venezuela, and Zimbabwe. The report is also based on first hand information from northern Ireland, the UK, France and USA.

The following is a summary of some of the main findings and conclusions in the report.

The US foreign policy imposing economic and political sanctions on dozens of countries around the world has caused huge civilian suffering. Presented as an “alternative” to war, this policy is actually another form of deadly aggression violating sovereignty by attempting to change governments or government policy.

The US defends the widespread sanctions policy claiming there are “humanitarian exceptions” to prevent innocent deaths. Studies have repeatedly shown that the “exceptions” do not work. In Venezuela alone, it is estimated that extreme economic sanctions over the past decade have resulted in over 100,000 deaths.2

As occasionally admitted by US officials, sanctions are intended to hurt the economy of a target country and spur the population to revolt. While succeeding in hurting civilians, this policy has largely failed to foment revolt. Since February 2022, the US and the “West” have imposed harsh sanctions on Russia preventing or severely limiting imports and exports. According to several western leaders the goal was to weaken and undermine Russia to the point that the Putin government might be replaced.

Instead, the sanctions on Russia have boomeranged and are causing economic damage throughout the West and especially Europe. Energy costs have risen dramatically, causing inflation throughout the economy. The middle and working class majority is experiencing a major decline in living standard.

The sanctions imposed by the West have also hurt countries in the Global South. Russia is a major producer of grain, fertilizer, and precious metals necessary for industry. The attempted exclusion of Russia’s economy has caused shortages and price inflation in vital commodities. For example, Russian wheat could not be shipped to some countries because of sanctions on Russian ships, restrictions on air and sea ports, plus the difficulty of carrying out the financial transaction.

The Russian economy has also been damaged but apparently less and the Russian currency has even increased in value.

For decades US farmers, business persons and trade unions have opposedsanctions. This opposition is rapidly increasing in the wake of rising cost of living. In western Europe, the economic fallout is worse and the opposition growing proportionally. The sanctions on Russia are causing political turmoil as increasing numbers of citizens question the purpose and justification of the economic war on Russia. In recent weeks there have been massive protests in Prague,3 Paris,4 London.5

US driven sanctions are also back firing by weakening US dollar dominance. The sanctions have forced countries to develop alternatives to US dominated systems. With the expulsion of Russia from the SWIFT system for international bank transactions, alternative systems are increasingly being used. The petrodollar, whereby oil was bought and sold only with US dollars, is in decline and may disappear. Saudi Arabia is set to accept the yuan for their huge oil sales to China.

US sanctions are imposed by US Congress or by presidential decree. In the latter case, it is done claiming a “national emergency” and “unusual and extraordinary threat”. Usually this is patently false. For example, President Obama imposed sanctions on Venezuela claiming that country is an “extraordinary threat” to the US. The sanctions mania has also resulted in violations of long standing international treaties. For example, the sanctioned Venezuelan diplomat Alex Saab has been imprisoned by the US for years. This is a violation of the Vienna Diplomatic Convention6 which the US is a founding member of.

A UN General Assembly resolution in December 2020 confirms that 70% of world nations condemn US sanctions policy and consider this a violation of international law and the UN charter. Most of the Western public does not know this due to effective media bias and censorship. Nor do they know that only 16% of nations support the sanctions campaign against Russia.7

The sanctions on Russia have caused economic upheaval and damage throughout the world. In Europe, national leaders seem unable to act in the best interests of their citizens as they follow the dictates of the US and a compliant European Union, no matter the cost.

US sanctions policy has come to an inflection point. The victims of this policy are all around from Cuba to Venezuela, Ethiopia, Zimbabwe, Afghanistan, and 35 other countries. With the extreme sanctions on Russia, there are also victims in London, New York, Berlin, Paris and throughout the West.

Who is benefiting from this? The principal winners seem to be the US foreign policy elite who mock the UN charter, believe in US hegemony/supremacy, and push the world toward conflict and war. Ultimately, the US sanctions policy creates the potential for criminal and civil liability for US authorities.

Instead of seeking diplomatic resolution of the conflict in Ukraine and an end to anti Russia sanctions, the US foreign policy is escalating tensions and sanctions, raising the risk of global war. These policies need to be challenged and changed. Based on our research, we believe it is essential to put an end to all unilateral coercive measures, respect the charter of the United Nations, and respect the sovereignty of all nations. 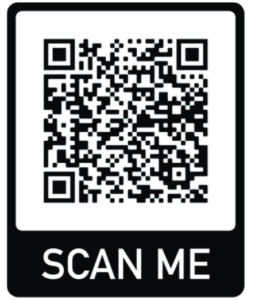